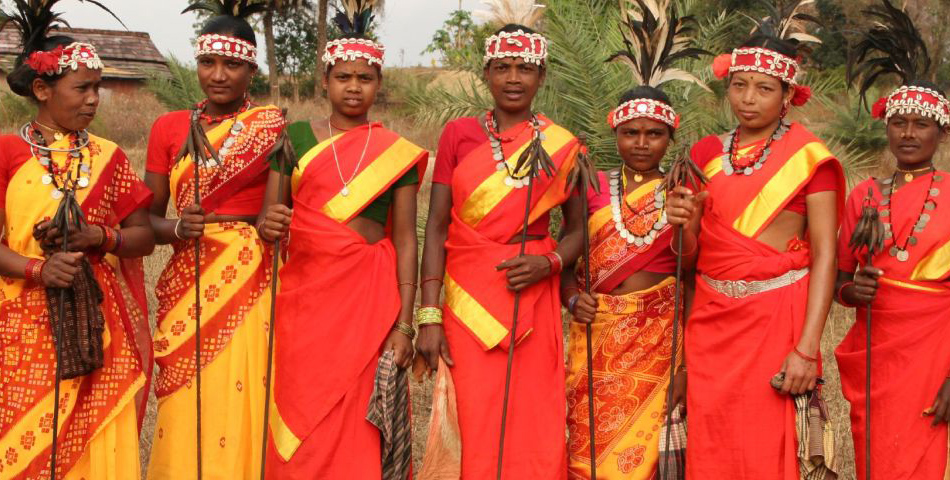 Saoji is a style of cooking that belongs to the Halba tribe, a community of professional weavers. In the early 1970s, when powerlooms replaced traditional methods of weaving, the community was rendered jobless. Many weavers began making a living by cooking and selling home food in the Santra (Orange) market. Earlier this food was enjoyed and purchased by the labourers in the market as they appreciated this spicy fare with alcohol more. Food is mainly cooked by the women of the house. It is typically spicy, authentic non-vegetarian fare, including offal such as khur (trotters) and sundari (the intestine and lungs) Saoji Mutton, Saoji Chicken, Pathwadi that is prepared and cooked served in the homes of weavers.

Nagpur is a chief and third most inhabited city of the state of Maharashtra in India and is famous for its culture, cuisine and oranges. When it comes to food that could be relished in Nagpur, Saoji cuisine are the ones to be tried. Saoji cuisine is the cultural identity of Halba Tribe. The old-style food of Nagpur is widespread for quintessence and abundance of spices that are integrated in the food. The suspicious that are used in gravy of the cuisine of this region are cloves, cardamom, poppy seeds, black pepper, bay-leaved, and ground seeds of coriander. The popular dishes in saoji cuisine are Sundari, Tari Pohe, Wada Bhat, Pithla Bhakar, Jhunka Bhakar, Sabudanawada, Saoji Chicken, Patwadi Rassa, Khur Saoji, Mutton Saoji, and Kothmirwadi are the specialties to look out for when in Nagpur. 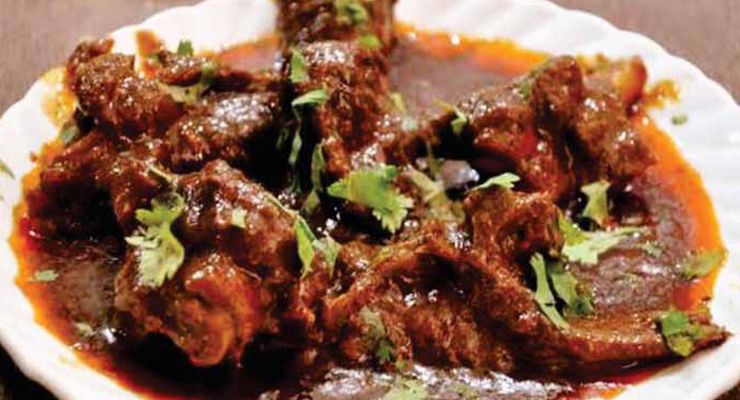 If Nagpur is on the country's food map, it is thanks to a neglected and unfortunate community of weavers (Halba Tribe) specializing in Saoji food. This cuisine has grown so popular in the last decade that customers choose to relish at joints in shanties, where the finest meals in the most traditional way is prepared and served, rather than decorative restaurants that also have this modest cuisine on their bill of fare.

Saoji Bhojnalaya is a popular name among non vegetarian restaurants in many cities in Maharashtra. They can be found in Nagpur, Akola, Amravati, Pune, Mumbai, Sholapur, Satara and many other cities. There are many Saoji Bhojnalayas in Nagpur where one can taste this unique cuisine. Often, owned privately by the families and heirs of the Halba tribe. The term 'Saoji ' implies that it is intended for customers, who are non vegetarians and prefer spicy, rich food, simple and inexpensive food. This cuisine is believed to be one of the hottest cuisines in the world. One has to taste it to believe it. Predominantly non vegetarian, the cuisine includes mouth watering hot rich gravies, infused with chilli powders and garammasala powder. This cuisine also uses a lot of oil in the preparations. Second's later ones mouth is on fire but one just cannot stop having it more. The outlets are often shabby and dingy. This does not deter the food lovers. They are how ever popular among all age group of customers. Some of the mused to offer traditional seating on wooden patiyas on the floor, but the custom is no longer popular and wooden tables and chairs are now more common. The food is served in steel that is complimentary onion slices and quartered lemon is served along with the food. Also unlimited gravy is served complimentary as people relish it a lot. Many customers enjoy drinking the gravy. "The unique blending and balancing of spices makes Saoji food different,"It is a fact that Saoji can't be relished by everyone and it requires an acquired taste and definitely is not recommended for the faint hearted. It is a blend of around 24 spices mixed in a certain ratio which remains a closely protected secret." Lip smacking food and warm hospitality are the reasons for Saoji Bhojnalayas popularity. The Saoji Bhojnalayas are the places striving to keep the food so niche and authentic. 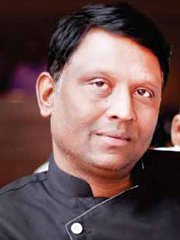