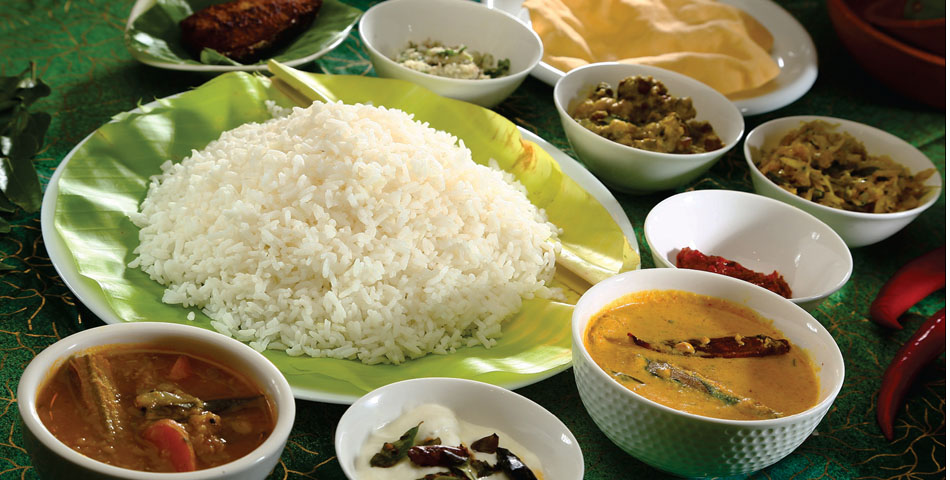 Views Kitchen – A Journey Down Memory LanePosted on 10 December 2015

I can still see in my mind's eye the flames leaping from the choola in my great grandma's kitchen. She lived in a thatched house made of brick and mud. The house stood in the centre of a land that had paddy fields on one side and a long stretch of coconut trees on the other. It was rural Kerala and sometime in the Fifties when I visited her for a weekend.

Aromas of fish curries, sambar, avial and other Kerala dishes would titillate my appetite but I avoided entering her kitchen where she would spend hours with her domestic help battling the smoke and heat from her choola while the cooking went on and on. There was an iron pipe through which she and the maid blew frequently to fan the embers when they needed a high flame. She visited her daughter, my grandmother, in Trivandrum city whenever she required a break from routine.

My grandmother had a nice house with a terrace where she dried green pepper corns and slices of coconut on large mats made from dried palm leaves. She had a kitchen which also had cement choolas that were built by masons and were placed right under chimneys through which the smoke escaped. Yet, no matter how often the walls were whitewashed it did not take long for coats of black soot to darken them and make them look ugly.

All the rooms in grandma's house looked beautiful with curtains, large cots with soft cotton mattresses covered with good-looking bed covers in the bedrooms, large sofas in the drawing room also beautifully upholstered and the dining room had an impressive teak wood table and six chairs. The kitchen sadly stood out like a sore thumb. It was a part of the house my grandmother was not proud of. The same was the situation in the big house my parents lived in. Visitors were welcome to take a round of all the beautifully furnished and maintained rooms except the kitchen. I always felt sorry for the poor kitchen which neither my mother nor my grandmother ever showed off.

Matters changed somewhat when the kerosene fuelled stove arrived. It reduced the smoke and soot and fumes but not the look of the kitchen. In the late Sixties my parents shifted base to Bombay. They acquired a flat with two bedrooms, living room and kitchen. I could sense my mother's delight when she got a two-burner stove and an LPG cylinder for the cooking. For the first time I saw her feel good about the kitchen. She had a cooking platform made of shining black Cuddapah stone on which the stove rested. She stitched curtains for the kitchen window and kept it open during the day to occasionally take a peek outside at the street where vendors rolled their handcarts of fruits and vegetables and called out to housewives to come and buy the produce. She had a small table for two placed near the window for me and Dad to have a hot dosa straight from the tawa or a hot cup of coffee when we were in the mood for it. The proper dining table was in the drawing room which served as a drawing cum dining room.

As we prospered, we moved into a larger flat and I remember my mother taking a keen interest in the kitchen design. She had cabinets made of laminated wood for her masalas, tea and sugar to be kept away from open view, tiles on the walls and wall units for the crockery and cooking vessels. When Dad grumbled about the “wasteful expense” of making all those things she sulked and finally had her way. The kitchen became her pride. She gave away old utensils and got new ones and spent quite some time cleaning the work area after cooking and she was ever so thrilled when a visitor paid her the ultimate compliment by asking her : “do you really cook here?”

Over the years the concept of the kitchen in the minds of homemakers has undergone amazing changes. And why not? After all, the kitchen is where the woman who rules the house spends a good amount of her time and where the wellbeing of the family also takes prime importance as it is the quarter of the house where food is processed and cooked.

As an entertainment journalist I have visited celebrity homes where the celebs like to cook for the family on a holiday. The kitchens have as glamorous a place in the house as the living room and the bedroom. The architect and the interior designer are given special instructions about the design, feel and look of the kitchen besides the Vastu stuff. One cardinal Vastu rule that was followed in the good old days was that jal and agni should not be facing each other. Therefore all the washing was done outside the kitchen in a special area allocated for the running tap. No tap inside the kitchen was the rule but who adheres to it now with fancy kitchen sinks available in the market?

Life and lifestyles change with time. When I watch television soaps centering on joint family sagas I am most impressed by the kitchens the studio sets have. The kitchens look so sleek and modern even in a show based in some remote town in North or South India. Gone are the days when we watched meek screen mothers squatting in the kitchen next to kerosene fuelled or wood fuelled choolas making rotis for the son who has come home looking tired after romancing his beloved singing songs in praise of her skipping behind her over hillocks and fields. Yes, the carrot halwa for the prodigal son's return was also cooked in a simple kitchen. Today the screen mothers don't make carrot halwa and they don't make rotis and vegetable dishes or kheer or anything. They live in posh houses and have servants doing all the chores.

Today the kitchens in majority of celebrity homes are just as posh and sleek and equipped with gadgets. They have trained and experienced cooks preparing and serving food in style. However there are a few stars who like to create their own recipes and cook for the family and guests. Dilip Kumar is well known for his love of omlettes. When he gets into the mood to have a good omlette he asks the cooks to leave the kitchen and he takes over. He does not need an assembly line of ingredients either. He does everything himself- from whipping the eggs to finely chopping the onions, chillies and whatever else he fancies. Like a master chef he prepares an omlette that is special and exclusive in its recipe and taste. When he was well and active he often invited Yash Chopra, Yash Johar, B R Chopra and occasionally Subhash Ghai to enjoy the enormous omlette with him. He also enjoyed making sandwiches and serving them with hot tea at tea time.

Rakhee is another star who liked to cook for the entire unit when she got into the mood while shooting outdoors. She did not need a kitchen. She could do with a choolah and some thick bottomed vessels. She went out to get the ingredients herself and she made delicious biriyani, fish curry etc out in the open with all of us waiting hungrily for the food while the aroma penetrated our nostrils.

I remember sharing a lunch with Ajay Devgan and tasting an exotic kichdi which he had created from his own recipe. It had shredded palak in and it tasted so good that I wrote down the recipe and tried it out myself successfully.

The poha made in Lata Mangeshkar's kitchen tastes awesome. It is made the ordinary way but it has a taste one can remember for long. She lives in a simple house and the kitchen looks as simple as your kitchen and mine.

It is thanks to satellite television and all the cookery shows that homemakers have begun to take pride in the kitchen and have the taste for elegantly designed kitchens. It is more or less a must today to have modern cooking gadgets that save time and effort. Even the so called poor who live in the chawls of Mumbai have a refrigerator, a microwave, a toaster, a food processor, a gas fuelled cooking stove and a range of casseroles.