When one thinks seriously about it one realises that the leading men of the cinema industry who became matinee idols during the golden period of Hindi cinema were not admired for their physical fitness or the biceps they possessed. They were admired for their individual screen presence and the magic they created with their histrionic prowess on the screen.

As a result they had no need to follow any diets or exercise routines. There were no gyms to go to. They kept themselves in shape with such enjoyable physical activities as a game of badminton or tennis, swimming, cycling and so on. 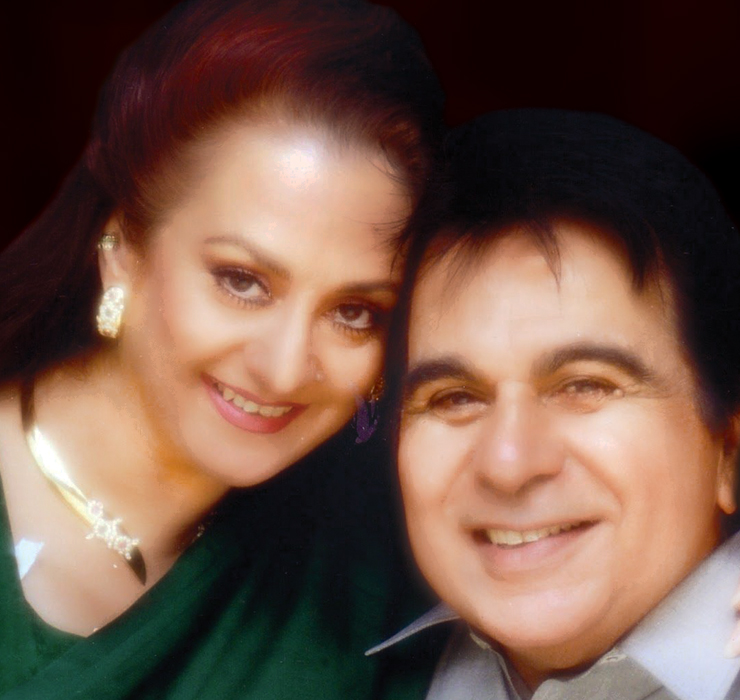 Both Raj Kapoor and Dilip Kumar played football and cricket during their college years and no doubt they were in the forefront when cricket matches were organised by the industry to collect funds in aid of the victims of natural calamities in the country.

Both Raj Kapoor and Dilip Kumar loved food. The lunch breaks at RK Studios when the Kapoors were shooting in the studio were famous. Food would be laid out like a royal feast and every one in the studio was welcome to enjoy the day's sumptuous menu.

The same excitement was visible when Dilip Saheb was shooting for a film. Food arrived from his residence for the unit. The best of non-vegetarian fare came from the actor's Pali Hill residence prepared under the guidance of Saira Banu's star mother, Beauty Queen Naseem Banu.

The best times were during the shooting of B.R. Chopra's Naya Daur. And that was long before Dilip Kumar married Saira Banu.

Yash Chopra was the director's assistant delegated to take care of Dilip Saheb and, he too being a bachelor then and a food lover, it didn't take long for Dilip Saheb and Yash Chopra to strike a rapport and become friends.

“We would plan each day's breakfast, lunch and dinner menu and one day we made an omelette with 100 or more eggs for the unit. I was the assistant chef and Dilip Saheb was the Chef”. Yash Chopra always remembered with a chuckle.

In fact, Dilip Saheb has a weakness for omelettes which his close friends are aware of. He goes down memory lane often and recalls the taste of the food he relished as a youth when his mother cooked for the family in their house in Mumbai's bustling Nagdevi street.

“Saheb has a great taste for good food which he has acquired from the excellent food his mother prepared lovingly for her family” says Saira. When he wants to savour the same taste he walks into our kitchen and instructs our cook to prepare the dish under his guidance. Sometimes he takes over the entire kitchen and whips up something truly tasty and healthy. He can come up with a variety of soups for example which you won't get anywhere because they are his own original recipes.

In Dilip Kumar's Pali Hill bungalow there are kitchens on every floor. The ground floor has a large kitchen well equipped for cooking on festive occasions when 200 plus invitees are to be served a variety of food preparations. Invariably the menu is decided by Dilip Saheb and it is always a great mix of non-veg and vegetarian items. In the vegetarian section he makes sure that Idli-Sambhar and Dahi Vadas are included because they are his favourites. “In fact, most of Dilip Saheb's friends are vegetarians”, says Saira.

On the first and second floor are kitchens that are more like pantries. They are equipped to cook instant or quick meals and snacks or just tea and coffee.

On the third floor there is no kitchen but a small pantry to cater to Dilip Saheb's and Saira's needs alone.

Saira is very particular about cleanliness and maintenance. All the kitchens are always clean and well maintained. Her kitchen staff has to compulsorily wear gloves and caps and observe personal hygiene.

Saira remembers how Dilip Saheb made it a point to meet and personally compliment the Chefs in the famous hotels they stayed in during their travels for outdoor shootings. “If Saheb liked a meal he never hesitated to express his delight and go to the hotel's kitchen and meet the chef and all the staff. He would give them a splendid surprise and they would be truly surprised when he would talk about the ingredients and blends. I would listen to him and wonder how he acquired all that know how.”

It was usual those days for Saira and Dilip Saheb to have their personal staff accompany them when they traveled to the outdoor locations at their own expense (not the producer's) and Narmada their cook was a compulsory member of the entourage. Narmada was granted special permission by the hotel managements to enter the kitchen and quickly prepare something special for Saheb at odd hours when he returned from a long day of outdoor shooting.

It is a treat to listen to the travel accounts of Narmada and her experiences in the kitchens of reputed hotels in India. Initially it was awesome for Narmada to see the large, clean and hi tech kitchens and be the centre of attention as Dilip Saheb's personal cook. She recalls how on her first day in a 5 star hotel kitchen she asked the Chef: “Aap yahan ke cook hai?”

The gentleman replied “Bahut badiya”. Then he asked her why she didn't ask for assistance in the kitchen and she told him the truth that she was not willing to share the recipes handed down to her from two generations of Saira's family with roots in Himachal Pradesh. “Aap ko bhi nahin bataungi” she remembers to have concluded.

Indeed, Narmada's biryani served to guests on Eid and other festive occasions is famous in the industry. Narmada got to know the importance of the Chef and the qualifications required for attaining the status much later on as she traveled widely in India and the UK with the couple. “Mujhe nahin maloon tha ki chef kya hota hai” she recalls remembering her faux pas.“Bahut padayi karna padta hai aur degree lena padta hai. Baap re. Mujhe kya maloom tha”.

Even though she learned to cook by assisting Naseem Banuji she says it was from Dilip Saheb that she learned to pick genuine ingredients and take the trouble of going to the market herself to select the vegetables, fruits and meats with an eye not on the price tags but on the freshness and wholesomeness.

She has fond memories of her visit to London with the couple. There was no question of eating any instant food when Narmada was around.

Every day Saheb gave her the menu for the main meals and wrote out the list for the purchase from the retail outlets. She has a beautiful anecdote tucked away in her memory of a surprise Saheb gave her in London. One afternoon she did a wonderful job, laying out a gorgeous table with Saheb's favourite dishes for a few friends who were invited by the couple. After the meal all of them were ready to go out for some time. Narmada was going to be alone in the house. Saheb asked her if she would be fine sitting alone in the house and then he gave her a pouch containing 2 video cassettes. He told her she could watch the movies in the cassettes after they left and amuse herself. She asked Saira if she knew what were the films in the cassettes and Saira simply said: “dekhlo tumhare favourites hi honge” After they left, Narmada sat down to watch the movies and lo and behold the movies were Dev Anand starrers. Saheb and Saira knew that Narmada was a fan of Dev Anand!

Saira is not a culinary enthusiast. “I can barely make myself a cup of tea “she confesses. “My mother brought me up like a princess” she laughs. As for making even a cup of tea for the man she adores she has this to say “My husband is very particular that the tea has to be piping hot and have the perfect blend and aroma and served properly. I can serve beautifully with the finesse of a well groomed woman but the making of the perfect tea... well, not my cup of tea”, she laughs.

The Khan household was run gracefully by Naseem Banu at one time. Eid, Diwali, Christmas, Easter, Birthdays, Wedding Anniversary etc were celebrated with an open house invitation to friends and relatives and colleagues. Saira took over after her mother passed away and she has successfully continued the grand tradition of hospitality Dilip Saheb is known for till the lockdown last year put a bar on social get togethers and visits. The uniqueness of the hospitality in Dilip Saheb's home is that no one is made to feel like a stranger in the house. According to Dharmendra. “I have always felt that I am in the care and love of an elder brother whenever I have visited him” says Dharam ji. 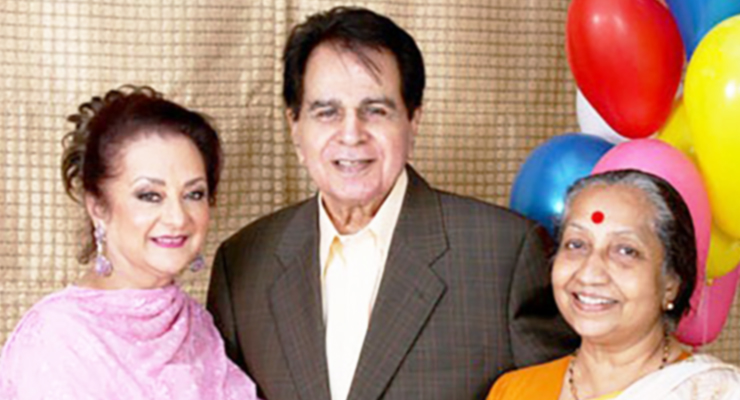 December 2016, Issue "When you are a Public Figure Work Becomes Life. I Love the Work I do " - Sanjeev Kapoor

CLICK FOR INTERVIEW ARCHIVE
Are you sure you want to submit this entry?