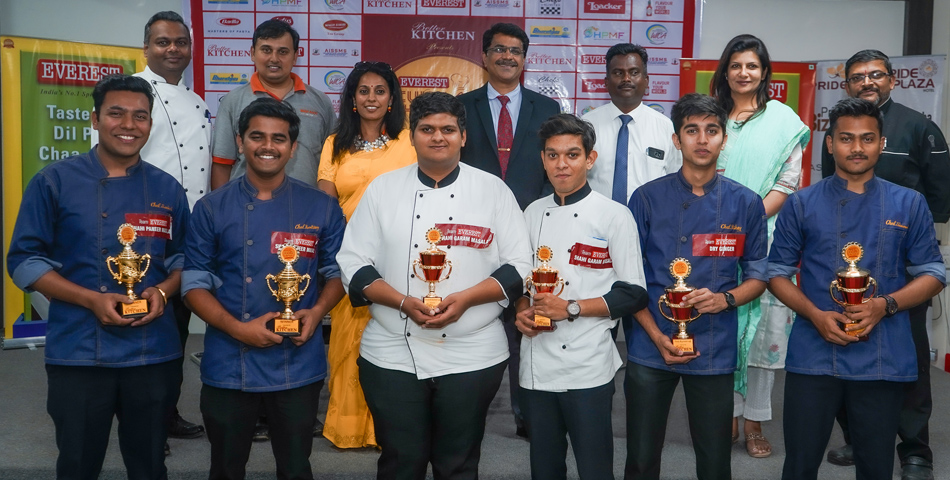 Pune is the sixth city in the culinary challenge series planned in seven cities across India. The winners of all cities will be called to Mumbai for the mega finale in the first week of March 2020.

In order to promote Indian cuisines and food as well as to create awareness about the health benefits of Indian food, the theme of culinary challenge is Flavours of India with special focus on Maharashtra’s cuisines in Pune.

It was a challenge for jury members to select the winners as the participants’ innovations and use of ingredients were excellent. The winners of EverestBKCC Pune team was Everest Shahi Paneer Masala while the first and second runners-up teams were Everest Dry Ginger and Everest Shahi Garam Masala respectively.

Ekta Bhargava, publisher of Better Kitchen said that EverestBKCC is preparing budding chefs for the tough challenges they are going to face in their career and said such competitive events provided the best platform to showcase their skills of creativity and use of ingredients in a proper way.

Ekta thanked the Principals and HoDs of participating colleges, sponsors, staff of AISSMSCHMCT and students for making the challenge a great success.

16 February 2020 Bhopal Bowled Over by EverestBKCC

19 January 2020 EverestBKCC Started with a Big Bang from Bengaluru