9 September 2018A ‘Challenge’ with a different ‘Flavour’ 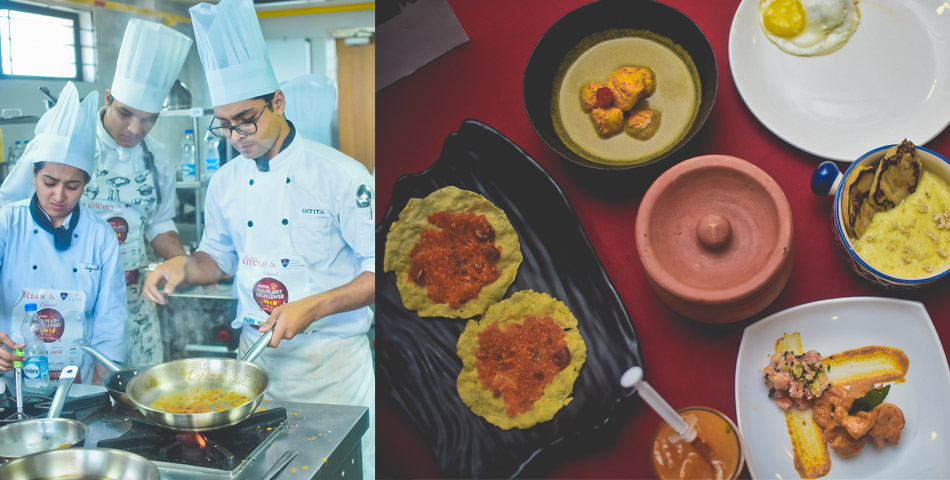 Better Kitchen organized a novel two-days event, Everest Culinary Challenge 2018 with the theme of “Flavours of India” on 7 & 8 September, 2018 at Sheila Raheja Institute of Hotel Management.18 teams from 15 hospitality colleges based in Mumbai and nearby areas participated in the challenge. Each participating team was named after a Everest spice/Masala. Thus the Flavours of India were represented by 18 different spices/Everest Masala. 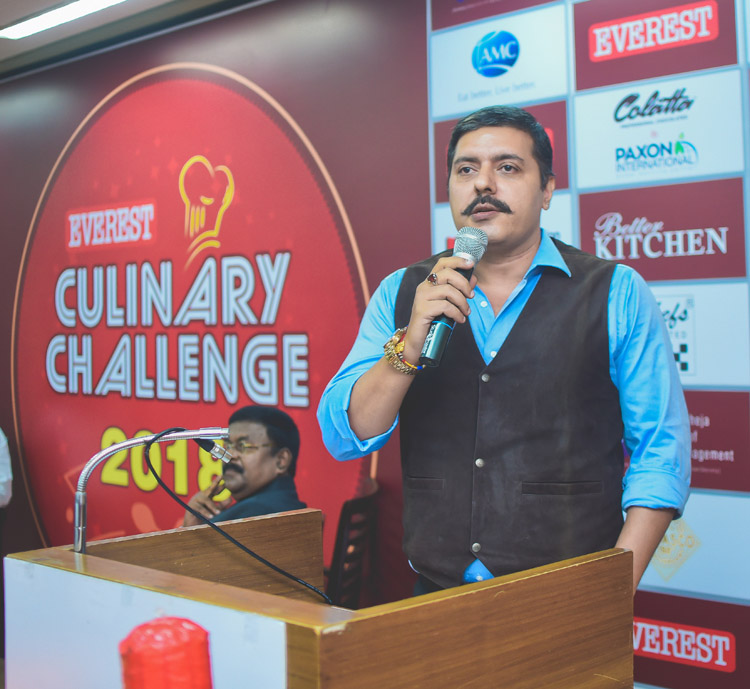 The challenge was launched by celebrity Chef Gautam Mehrishi, Corporate Chef of Hotel Sun-N-Sand. During his address Chef Gautam advised students of hospitality courses to be innovative as well as creative. He told students to experiment and spend more time in the kitchen. He also urged students to go for progressive cooking. He said a huge potential existed in Indian cooking for innovation and creativity. 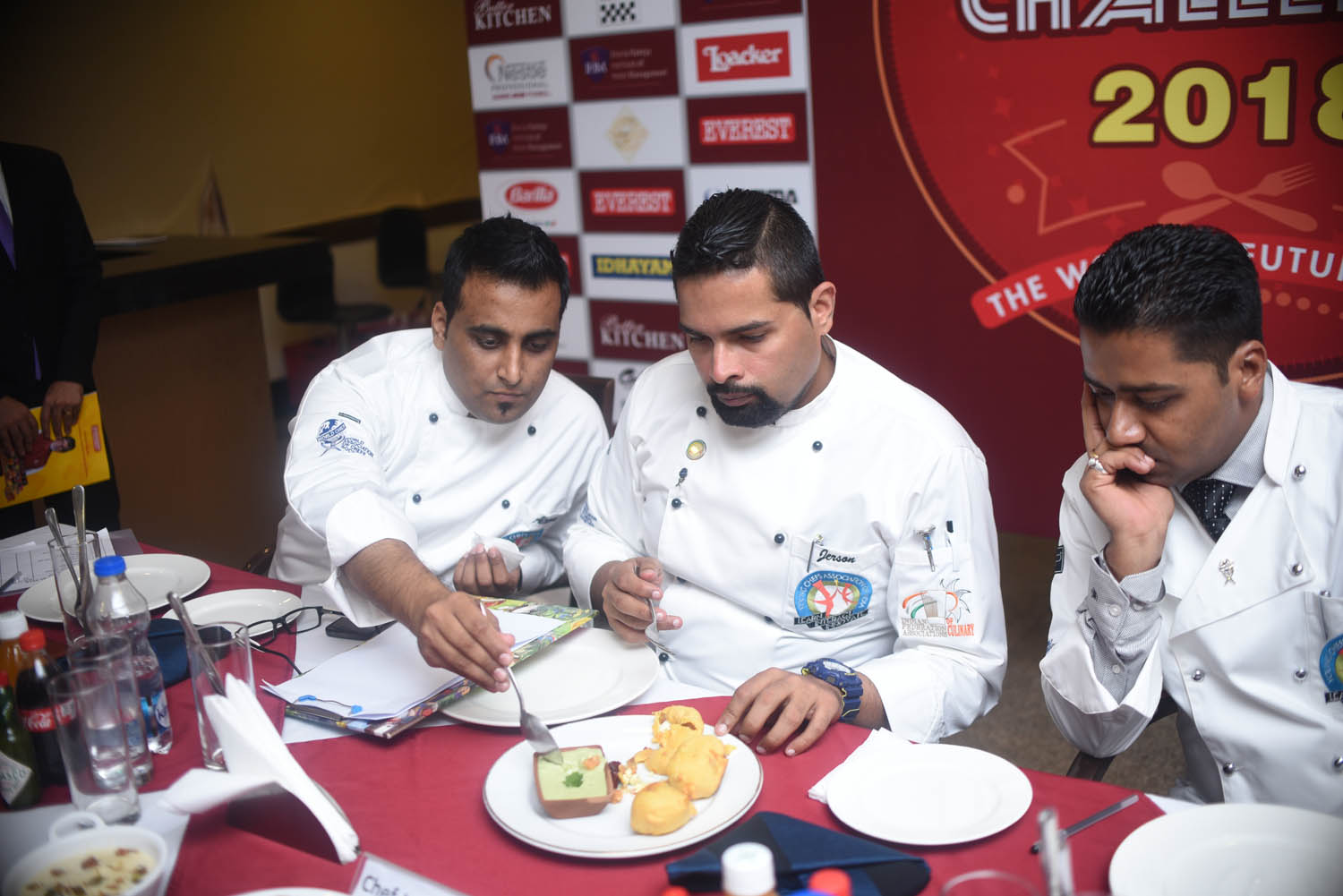 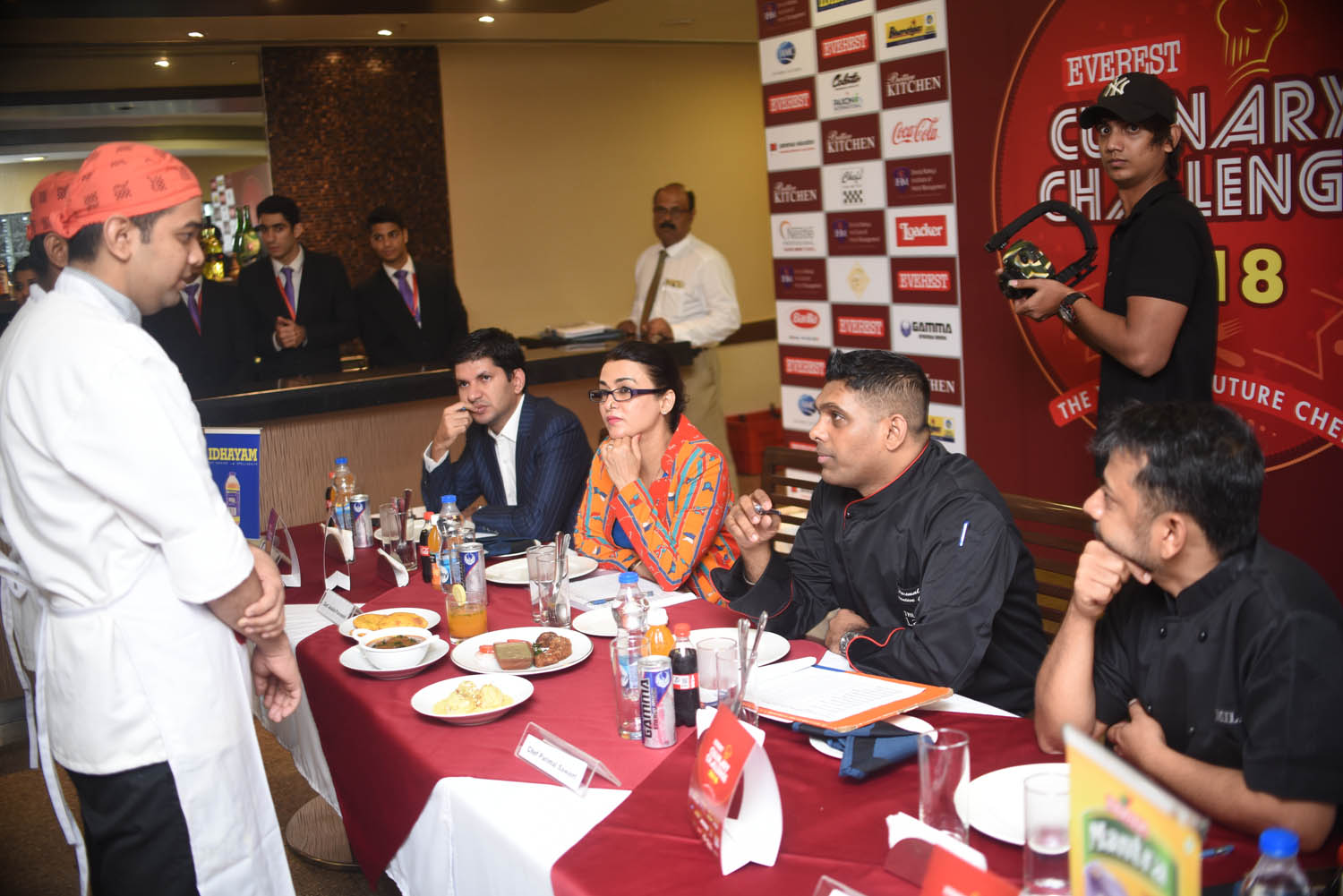 The second day’s challenge was to prepare three course meals from the mystery basket. The teams used the core ingredients very well and made delicious and tasty three course meals for the jury. The members of the jury were Chef Parimal Sawant - Executive Chef, The Lalit, Chef Kayzad Sadri - Corporate Food & Beverage Manager, Mahindra Holidays, Chef Milan Gupta and India’s Pop singer turned chef and entrepreneur Anaida Parvaneh – Partner, Sodabottleopenerwala. It was actually a challenge for the jury to rate the teams as the innovation and creativity was very high. 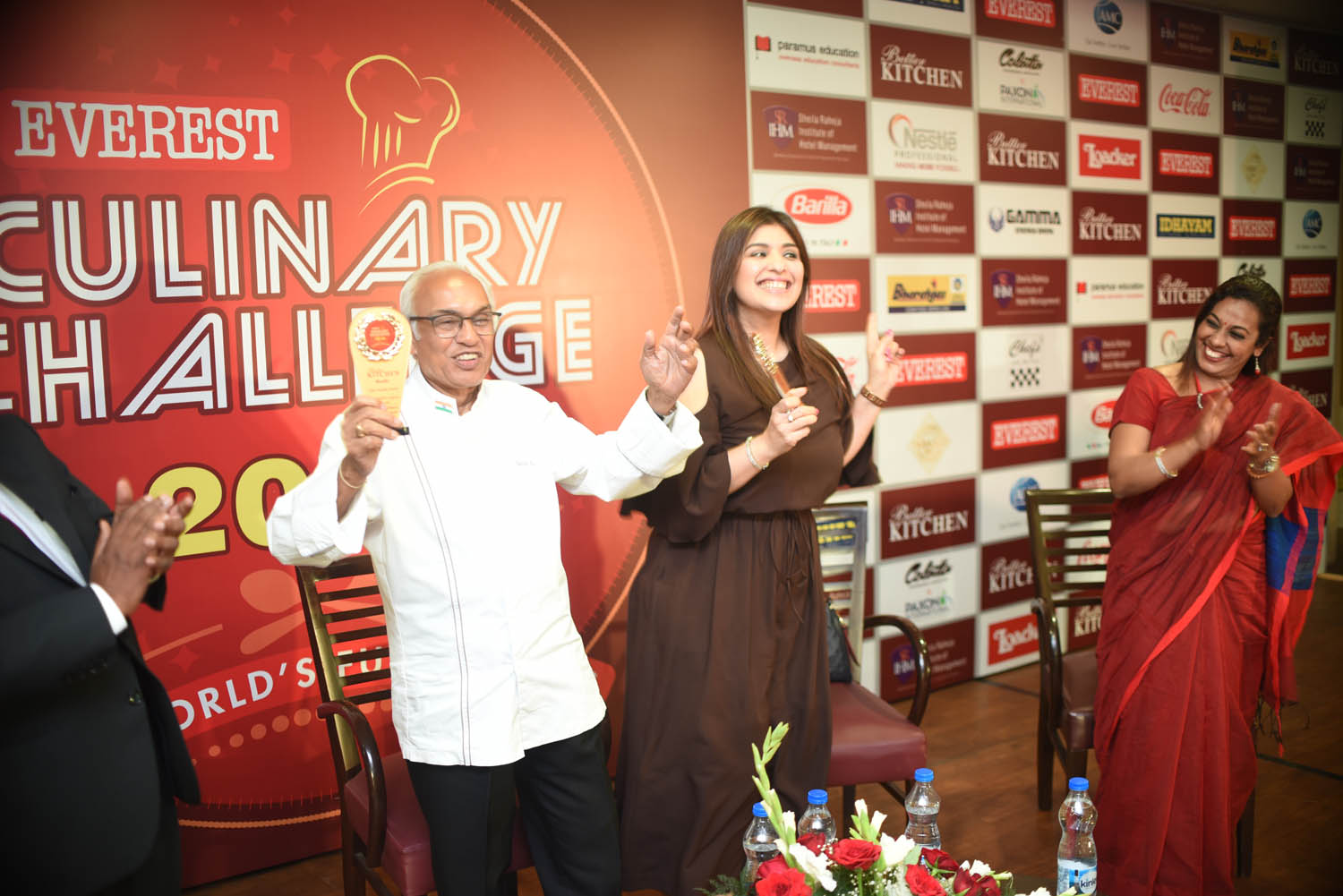 Chef Satish Arora was the chief guest while Chef Rakhee Vaswani was the guest of honour for the award felicitation function. Rakhee told students to use the digital social media to showcase their innovation and creativity in her speech. 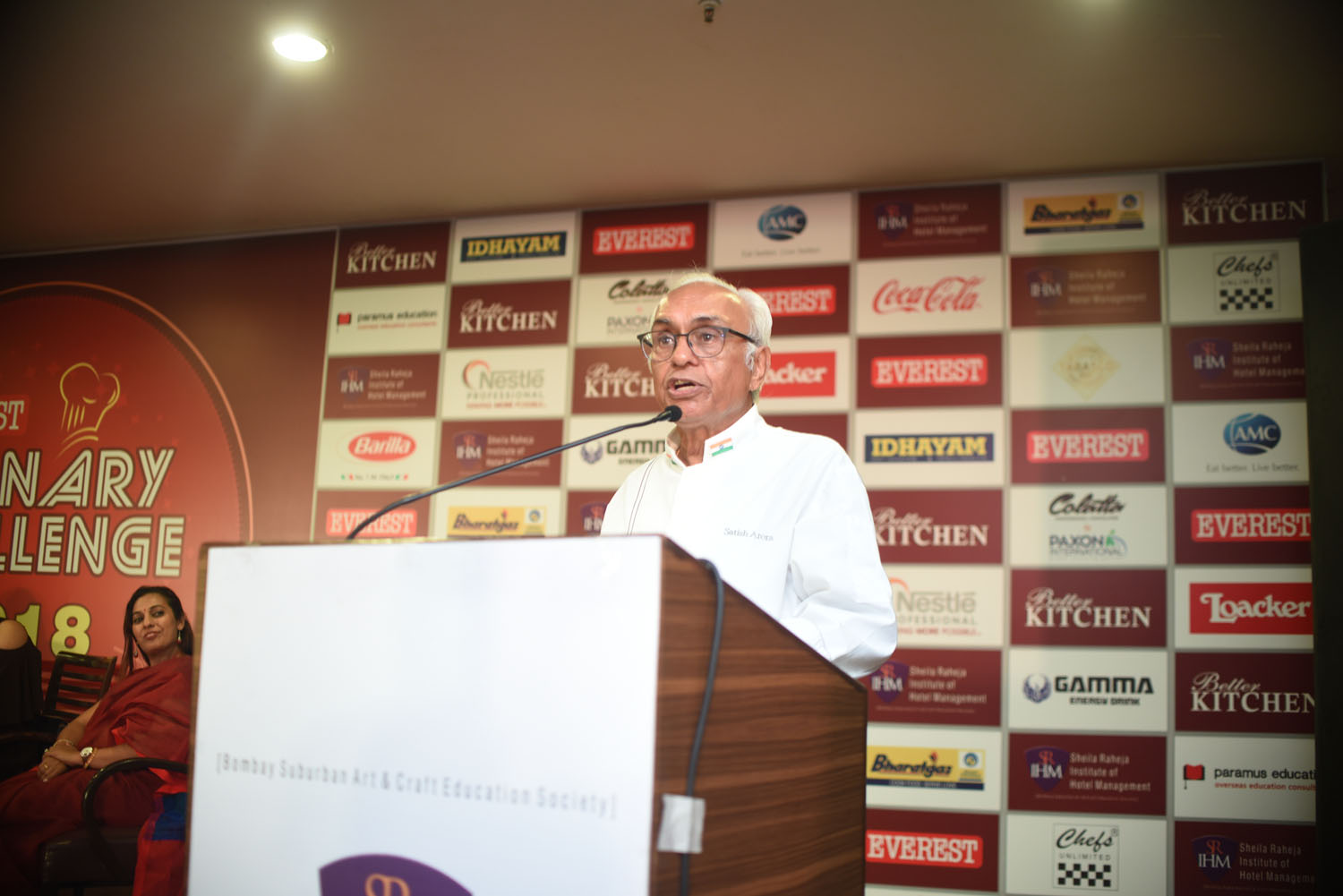 Chef Arora told students to keep cooking and not rust their hands. In this digital age students have access to information, knowledge and the work of world famous chefs through the internet. He compared his days vis-à-vis the present and advised students to make use of the advantages at their command and creatively use proper ingredients in their recipes. He added that when he was under training with senior chefs, he noticed how the chefs always used the ingredients secretly. 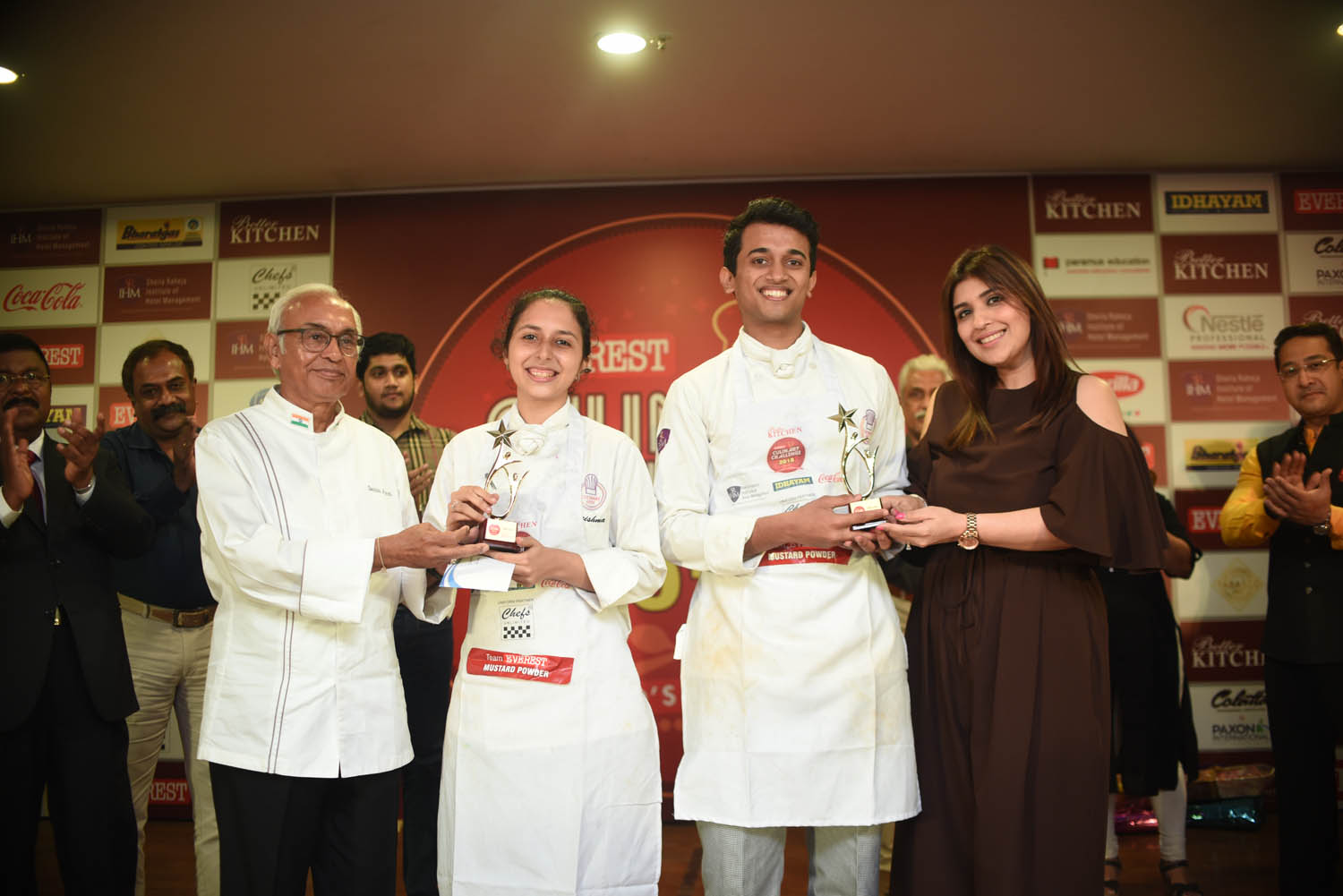 Ekta Bhargava from Better Kitchen thanked the Principals and HoDs of participating colleges, sponsors, staff of SRIHM and students for making the challenge a great success.

The other attraction of the challenge was the food stall by students to showcase their creativity and innovation by selling food items to the people who had came for the challenge. The stalls were judged by the jury on five different criteria and was awarded the best stall. 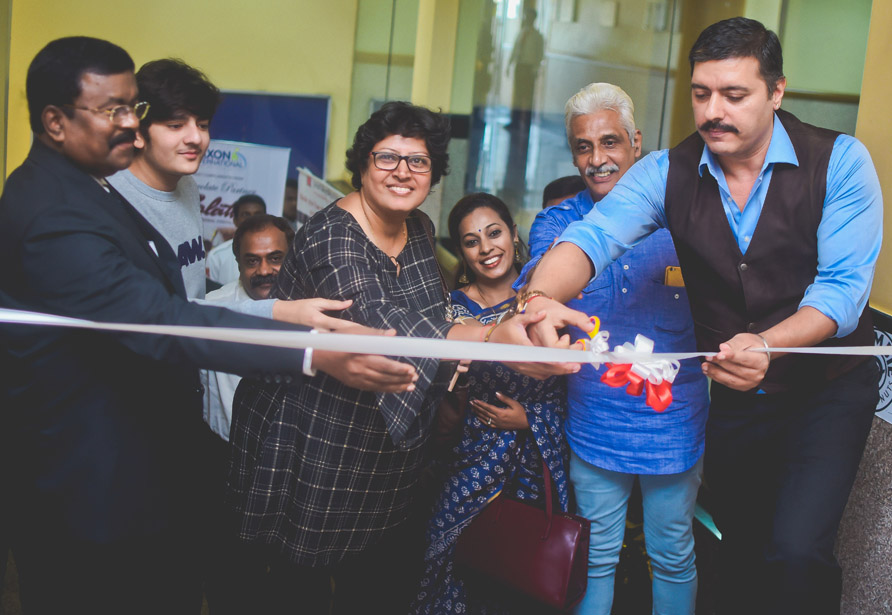 The function was ended with theme dance - Flavours of India.